Graham and Glenyys Romanes – How do you dedicate a life to aid and development?

Welcome to Episode 81 of Good Will Hunters from the Development Policy Centre. I’m your host Rachel Mason Nunn.

Today I’m speaking with Graham and Glenyys Romanes. This is the last of our interviews recorded at the Australasian Aid Conference hosted by the Development Policy Centre in partnership with the Asia Foundation back in February.

Through their long careers, and through their lives, both separately and as a couple, Graham and Glenyys have been trailblazers in a range of areas from gender equity, to disaster response, to Indigenous programming.

In the 70s, Graham became famous for being a stay-at-home Dad, a rare species even today, but practically unheard of then. In the 80s, the couple took the equally radical step of job sharing the role of Victorian State Secretary of Oxfam Australia

In the early 80s, Graham led Oxfam’s response to the famine in the Horn of Africa, a pivotal event for Australia’s development NGOs. He again became a media figure, this time exposing the fact that the Ethiopian famine was not simply a natural disaster, but the outcome of a tyrannical regime. His 13-week journey by vehicle and foot from Sudan to Tigray was live-threatening but also life-changing. Ever since, Graham has worked in support of the people of Ethiopia, particularly through funding the digging of wells. Thanks to Graham’s work, more than half of the 4 million rural population of Tigray is now in walking distance of a well.

Glenyys’ focus was on the Pacific and Indigenous Australians. Oxfam was the first Australian development NGO to program domestically, and Glenyys oversaw the transition of their Indigenous programs into Indigenous hands. And if you’ve worked in the Pacific you will have heard of one One Small Bag, the ni-Vanuatu theatre group. It received its first funding from Oxfam Australia under Glenyys’s management.

Eventually, Graham and Glenyys left Oxfam. In 1997, Graham became the Honorary Consul for Ethiopia, a position he held till 2014. Glenyys commenced a career in Victorian local and state politics, which saw her serve as the Mayor of Brunswick and in the Victorian Upper House. They both remain active to this day through a range of numerous local, statewide and international engagements.

In this interview, Graham and Glenyys reflect on some of their achievements, and the lessons that they have learnt. Theirs is an inspirational and instructive story, that we should both celebrate and learn from, not only in our work, but in terms of our lives and aspirations.

Graham and Glenyys, along with Mark Sullivan and Sally Lloyd, were all featured in the Aid Profile series as part of their nomination for a Mitchell Humanitarian Award. Click here to read more.

We’ve also featured Mark and Sally on Good Will Hunters – you can find their episodes here and here. If you know of anyone who has made an outstanding contribution to the development, with an Australian angle, nominate them for the annual Mitchell Humanitarian Award by writing to [email protected]. You can also check out the Aid Profile website here. 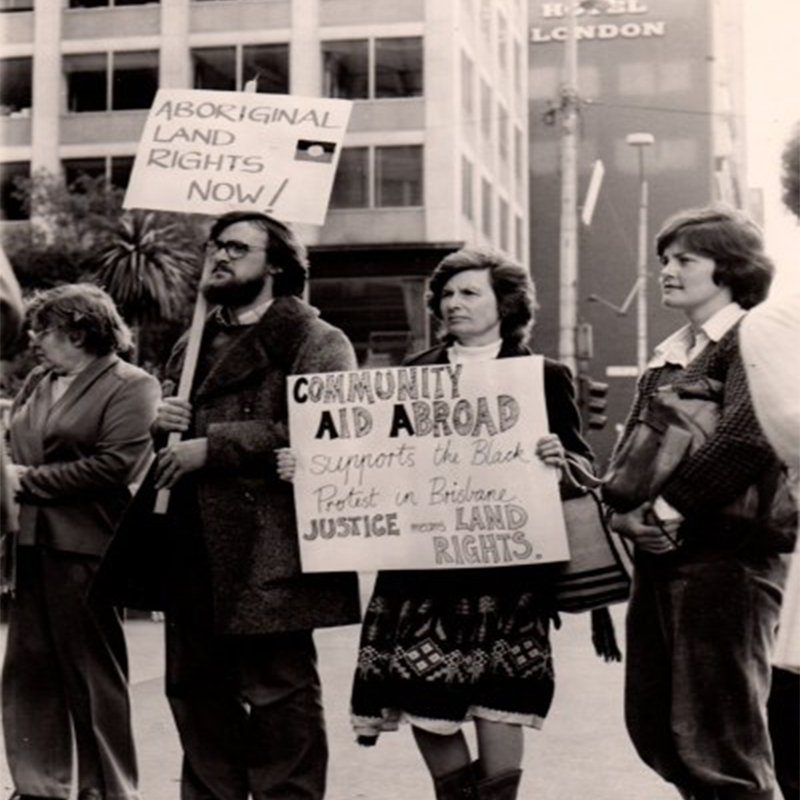