Sally Lloyd – How do you tell the world about a humanitarian emergency?

Welcome to Episode 68 of Good Will Hunters from the Development Policy Centre.

Today’s guest is Sally Lloyd. Sally was featured in the Development Policy Centre’s 2019 Aid Profiles, and was shortlisted for the 2020 Mitchell Humanitarian Award. Cleo Fleming documented Sally’s life in Mogulu, PNG, as part of the Devpol Aid Profiles series.

I interviewed Sally at the Australasian Aid Conference hosted by the Development Policy Centre and the Asia Foundation a few weeks back – we were lucky to get her in Canberra for a few days, as she spends much of her time in PNG.

Sally grew up in Mogulu, in the Western Province of PNG, after her parents moved there as missionaries in the late 1960s. At the time, PNG was still under Australian administration, which it remained until independence in 1975. By the age of 9, Sally had learned to assist her mum in delivering babies, and by age 16 Sally had established the first pre-school in the area and was teaching children in both English and the local language of Bedamuni.

Sally has remained a part of the community ever since, and splits her time between Mogulu and Brisbane, although as Sally says, it’s far more of Mogulu and far less of Brisbane these days.

In this episode, Sally and I discuss the 2015 drought in PNG. As that drought worsened, starved and malnourished people were arriving en masse at Mougulu’s health clinic, having spent days traversing the harsh and rugged terrain.

In response, Sally began to document the unfolding crisis and was instrumental in gaining the attention of both the international media, and the humanitarian sector who could come to the aid of the people of the Western Province. Sally was instrumental in the local and national response to the drought, and it was an honour to hear that story in or conversation.

In this episode we also discuss the state of rural healthcare in PNG broadly, including the important role of Community Health Workers and how there aren’t enough of them, and those that are working are in many instances not being paid adequately. For this reason, Sally and her team are looking at how they can work directly with Community Health Workers and bypass the bureaucracy.

As we celebrate International Women’s Day this week, I can’t think of a better woman to have on the show on this day than Sally Lloyd. Sally’s shares an insight into a life in PNG that most of us would otherwise never know or experience.

Before we go, we’re proud to present this episode from the Development Policy Centre, a leading think tank for aid and development serving Australia, the region and the global development community.

The Centre is hosting two major conferences in the next 6 months. The first is the Pacific Update from 24 – 26 June in Suva, Fiji, and the second is the PNG Update from 20-21 August in Port Moresby, PNG. Both events address the most pressing challenges and opportunities for economic and social development in our region, and proposals for presentations at the two conferences are now being accepted. If you’d like to share work with the development community, then we invite you to submit an abstract. All details can be found at devpolicy.anu.edu.au.

Sally Lloyd was featured in one of the three Aid Profiles released by the Devpolicy Centre in 2019. In the coming weeks, I’ll also be interviewing the other inspiring individuals featured in the series, each making enormous contributions to the development sector. 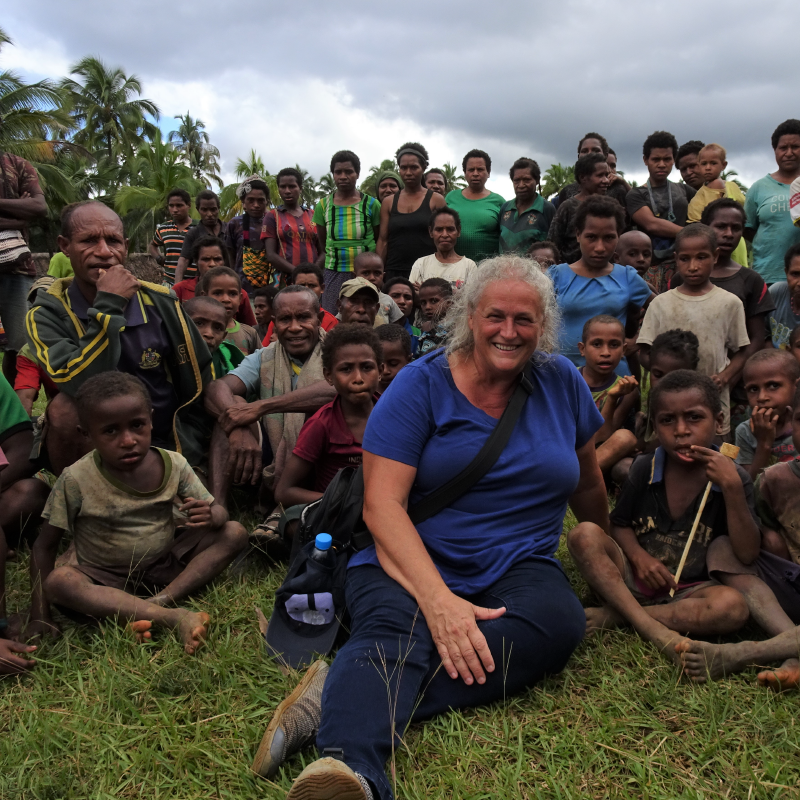