Welcome to Episode 18 of Good Will Hunters, with Dr Jemma Green, Co-Founder and CEO of PowerLedger, the leading peer to peer marketplace for renewable energy trading.

A few weeks ago I attended the EY Entrepreneur of the Year Awards in Sydney. Jemma was nominated, and won! Just days earlier, Jemma was on Nekker Island with Richard Branson himself celebrating a whole different award. Suffice to say, Jemma is on a winning streak. But in this episode, Jemma explains why she doesn’t have that winning feeling yet – PowerLedger has a huge decade ahead of it, not least due to Jemma’s vision of PowerLedger playing a significant role in achieving the Paris Climate Goals and democratising energy, for good.

I’m the first to admit that I don’t really “get” blockchain. I also haven’t made an effort to understand it, until I attended an event a few weeks ago showcasing the incredible impact blockchain can have on conservation efforts (check out this website for more on that: https://www.wwf.org.au/get-involved/panda-labs/wwf-australia-and-blockchain). From that point onwards, I was intent on showcasing the impact blockchain can have on social change in this show.

In this episode, Jemma and I discuss how PowerLedger enables the democratisation of renewable energy trading, by allowing households to sell their solar energy, harvested from their own roof, and be paid immediately. The process is underpinned by a blockchain, which keeps tally of who’s selling and buying. There’s also a cryptocurrency involved – in fact, PowerLedger was the first Australian business to do an Initial Coin Offering (ICO) – I view Jemma and her team as new age, very tech-savvy, super intelligent eco-warriors.

Jemma and I talk about much more than blockchain in this episode too -we talk about leadership, eco-villages, serendipitous meetings, climate goals and more.

If you enjoyed this episode, please leave a review on iTunes and let us know what you liked most via our social media channels @goodwillpod.

Have you got a great idea for an episode? Or want to collaborate? Get in touch! We’d love to hear from you.

Enjoy!
Rachel and the GWH Team 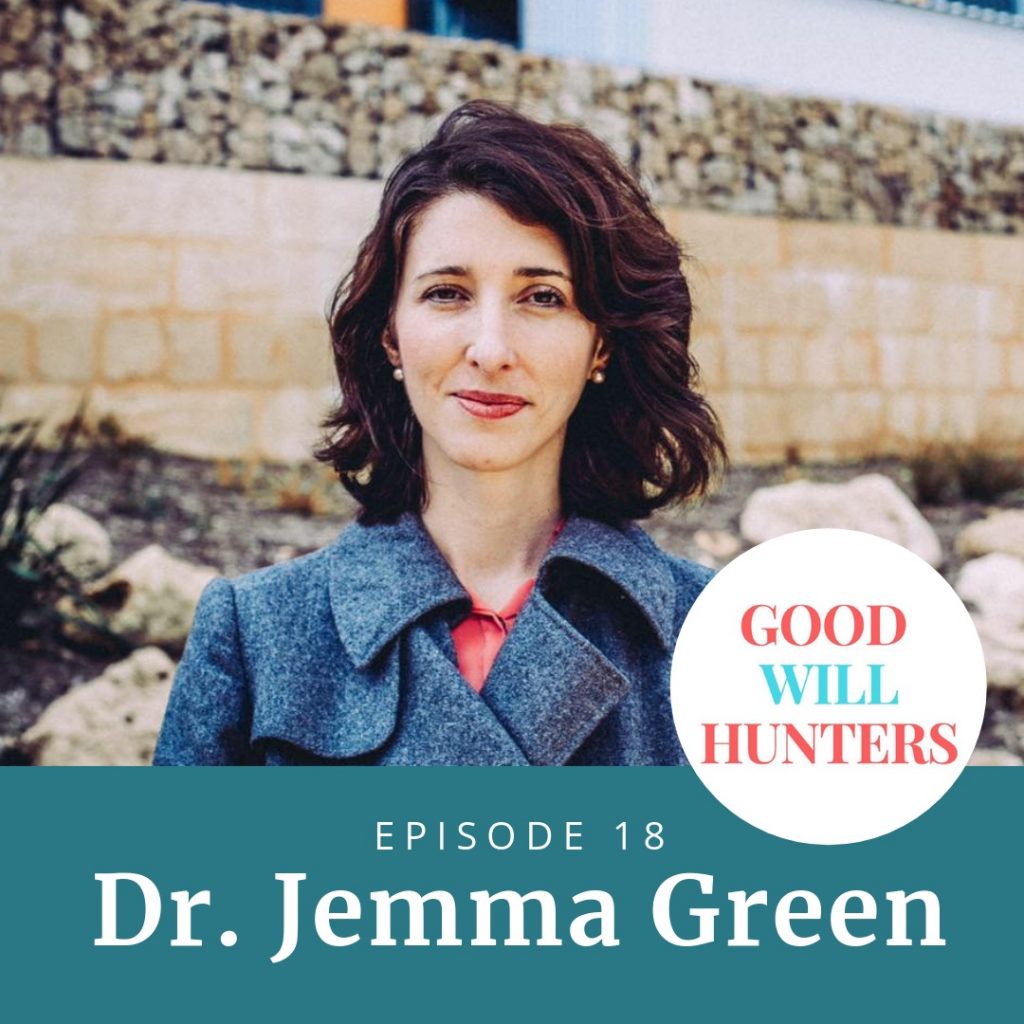